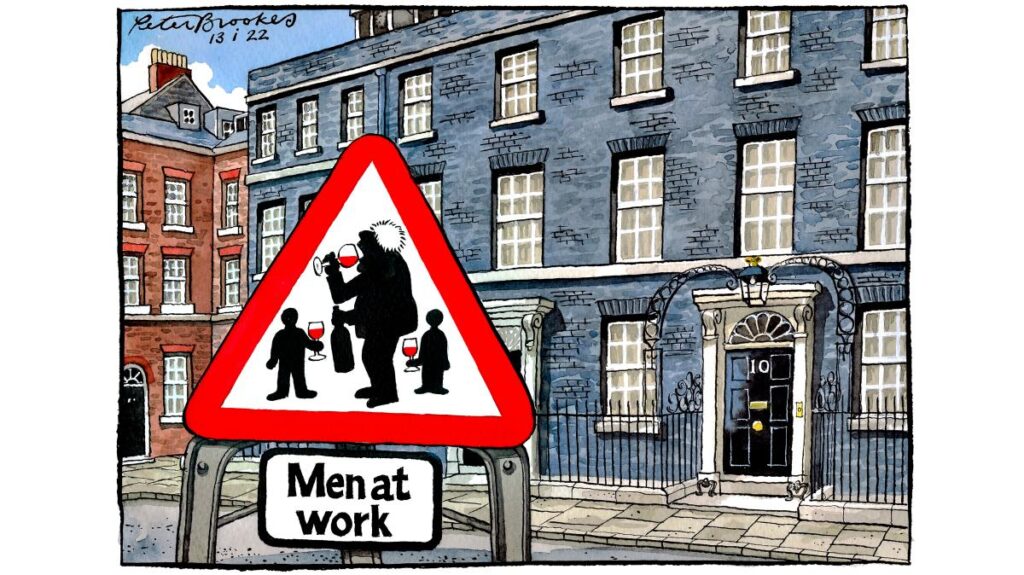 I’ve written a comment piece for Mail+ about the recent spate of revelations about Downing Street parties, pointing out that it isn’t just Tory politicians and their staff who’ve been ignoring the Covid restrictions.

It’s worth bearing in mind that it isn’t just Conservative politicians and their senior aides who ignored the restrictions they expected the rest of us to comply with.

A photograph emerged last night of Sir Keir Starmer, the leader of the Opposition, drinking a beer with Labour staff in a constituency office in Durham when Tier 2 measures were in place. Given that Starmer has consistently called for even tougher Covid restrictions in England – much like those imposed by Mark Drakeford, the Welsh Labour leader – this is another example of flagrant hypocrisy.

Mind you, Drakeford himself is no angel. In November of last year he was photographed dancing in a crowded room at a Diwali celebration without a mask, breaking his government’s own rules making them compulsory in all indoor spaces.

And let’s not forget Sadiq Kahn, the mayor of London. In October, he berated Boris for not following Drakeford’s lead and imposing a mask mandate and condemned those who refused to voluntarily wear face coverings as ‘selfish’. A few days later he was photographed at a crowded party with Liverpool footballer Mo Salah with no masks in sight.

This begs the question: Why have all these advocates of lockdowns and related restrictions been flagrantly ignoring the rules?

It’s not a straightforward example of ‘do as I say, not what I do’ – something we’ve grown used to from the political class – because these leaders supposedly had a vested interest in following their own rules. After all, weren’t they worried about catching the virus? They told us these measures were for our own protection.

The only explanation I can think of is that they knew some of these rules were pointless. We now know that many of the non-pharmaceutical interventions governments made around the world to try to control successive waves of Covid infections made little or no impact on the overall ebb and flow of each variant. Just look at Sweden, which didn’t impose a lockdown in 2020 and had one of the lowest excess death rates in Europe that year.

More recently, Boris himself proved the doom-mongers of Sage wrong when he ignored their apocalyptic predictions of what would happen if he didn’t impose tighter restrictions – 5,000 deaths a day, said Professor Lockdown. The Omicron variant, like the previous ones, has proved self-limiting and begun to fade without the Government doing much at all.

But this begs another question: If they knew the rules were pointless, why did these political panjandrums advocate for them in the first place? My conspiracy-minded friends will say it’s because they were doing the bidding of an international cabal of rich, powerful men who had a vested interest in locking everyone down, whether because they would benefit financially – hello, Jeff Bezos – or because it helped advance their sinister political agenda known as ‘the Great Reset’. But I think the truth is less exciting.

I believe the reason the Government imposed three lockdowns – and countless restrictions in between – was because it calculated it was better to be seen to be doing something to try to suppress the virus rather than just ‘letting it rip’. Boris must have known over 100,000 Britons would likely die as a result of the pandemic and there was little he could do about that, but at least it would be harder for his political opponents to hang those deaths around his neck if he locked us all in our homes. And the reason his opponents criticised him for not going even further is because they hoped to do precisely that.

The one good thing to emerge from these scandals is that it will make it harder for the political class to play the public for fools again. If senior politicians ever impose another plethora of pointless, incomprehensible restrictions – whether Tory or Labour – I hope we’ll all pay about as much attention to them as they do.

Stop Press: A leaving party was held at the Cabinet Office in December 2020 for Kate Josephs, head of the Government unit responsible for drawing up Covid restrictions. The Telegraph has more.