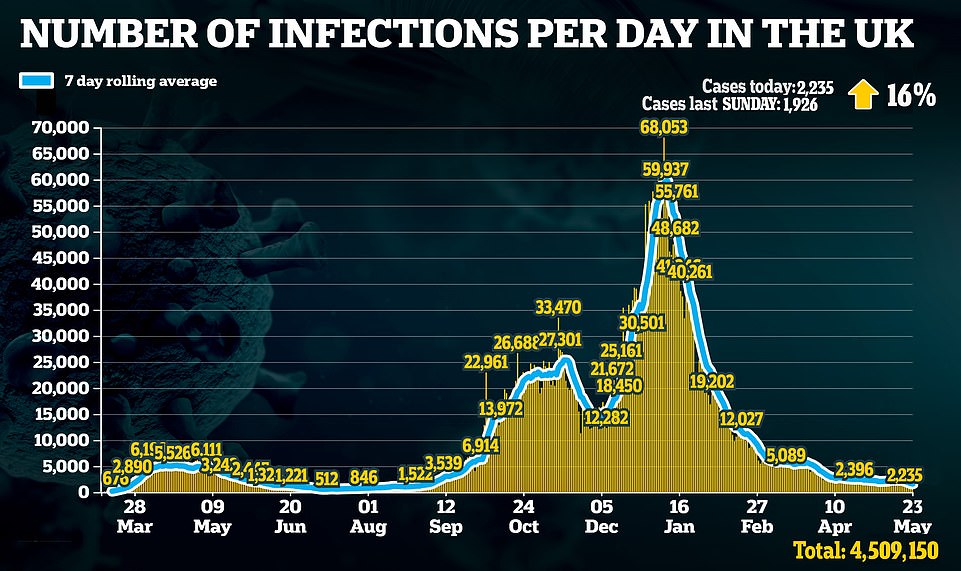 The coronavirus crisis will be over in the U.K. shortly if the current vaccines work against the Indian variant, one of the country’s top scientists said on Radio 4’s Today programme this morning. MailOnline has more.

Professor Andrew Pollard, one of the main researchers behind the Oxford/AstraZeneca jab, said the pandemic in the U.K. could be “over” if the vaccines cut the risk of hospitalisation and death as well in the real world as analysis suggests.

Lab studies by Public Health England have found two doses of AstraZeneca or Pfizer’s jab provide a similar level of protection against symptomatic disease from the Indian variant as they do for the Kent version, which caused the country’s devastating second wave.

Professor Pollard said that a few more weeks were needed to firm up this claim, but he added that, traditionally, vaccines offer ‘much, much higher’ protection against hospitalisation and death than mild infection.

However, both Pfizer and AstraZeneca’s jabs were only 33 per cent effective at blocking symptoms of the Indian strain three weeks after one dose, compared to 50 per cent against the Kent variant. Officials say it highlights the importance of getting both injections.

Professor Pollard told BBC Radio 4’s Today programme: “If the current generation of vaccines are able to stop people going into hospital, whilst there is still mild infections, people are getting the common cold with the virus, then the pandemic is over.

“Because we can live with the virus, in fact we are going to have to live with the virus in one way or another, but it doesn’t matter if most people are kept out of hospital because then the NHS can continue to function and life will be back to normal. We just need a little bit more time to have certainty around this.”

Ministers say England is on track for all restrictions to be dropped as planned on June 21, despite fears the rapid spread of the Indian variant would jeopardise ‘freedom day’.