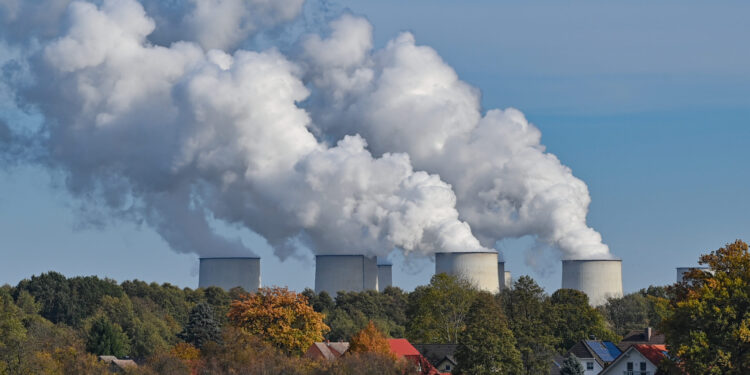 Dramatic new findings from two climate science professors suggest that an increase in carbon dioxide in the atmosphere follows a rise in temperature rather than coming before it and causing it, throwing into doubt the whole of the current theory of human-driven global warming.

Demetris Koutsoyiannis and Zbigniew Kundzewicz sequenced the changes in temperatures and CO2  growth rates from 1980 to 2019 from widely available sources, and discovered that CO2  values lagged temperature by about six months. The obvious point is made that in attempting to prove causality – as climate alarmists do by arguing that increases in temperature are the result of increases in human-caused CO2 – cause cannot lag effect.

The period under review is shown by the graph below, which tracks the steady rise in CO2 and not-so-steady increase in global temperature from 1980.

At first glance, both lines are rising and appear to be correlated. But as we have seen in previous Daily Sceptic articles, the UAH satellite record displays the two long pauses that have characterised the recent temperature record. The two professors note that the erratic behaviour of the temperature line contrasts with the smooth trend of CO2. From this graph, the authors suggest it “looks impossible to infer causality”.

The scientists are not the only researchers struggling to find evidence to support the notion that carbon dioxide  – human-caused or otherwise – is the global climate thermostat knob. In 2015, a group of scientists led by Professor Ole Humlum of the University of Oslo found a similar monthly lag between CO2 and temperature. Again, using a selection of widely available datasets for the period 1980 to 2011, the researchers found that changes in CO2 always lagged changes in temperature. The lag was around 9-10 months for global surface air temperatures, and about nine months for lower troposphere temperatures.

Discussion of the climate role of CO2 in the atmosphere has largely disappeared in mainstream media, on the spurious grounds that the science is settled. At the BBC, for instance, debate on the subject is more or less banned. Humans only produce 4% of the annual CO2 that enters the atmosphere, and if this is seen to have little effect in changing the climate, the reason for pressing ahead with a ruinous Net Zero policy evaporates. Trillions of dollars for green subsidies, development work and academic grants, along with huge numbers of jobs and countless virtuous opinions and reputations, suggest a full understanding may take a little time.

As we have seen, in many scientific circles the climate role of CO2  is still the subject of active debate. No one doubts that the gas has warming properties, but Professor William Happer of Princeton suggests that CO2 becomes “saturated” once it reaches a certain level. Noting the role of the infrared spectrum, he argues that most, if not all, the heat that is going to be trapped will have already been radiated back by the CO2 molecules evenly distributed in the current atmosphere. Of course, Happer’s research is the subject of argument with other eminent scientists, but it would help explain why so little automatic connection can be detected between CO2 and temperature in the current, historical and palaeoclimate records.

Let us go back in time to the palaeo record and see what evidence there is for connections between CO2 and temperature. In an essay published in 2014 on the climate science site Watts Up With That, reference was made to the seminal paper on the Vostok Ice Core, Petit et al (1999). This examined the chemical signals in an Antarctica ice core representing 422,766 years of snow accumulation, and from this it was concluded that CO2 lags temperature during the onset of glaciations by several thousand years. Of course, this suggests that CO2 has little influence on temperature change at these times. The thermostat knob is switched off.

Reading right to left, the above graph shows clearly that the temperature plunge to glacial conditions around 120,000 years ago was not matched by an immediate CO2 fall. There are similar time lags of around 8,000 years in other glacial cycles going back 450,000 years. The essay concluded that geochemical cycles made it inevitable that CO2 and methane will correlate with temperature, but it was “totally invalid” to use this relationship as evidence that CO2 was responsible for forcing the climate.

And finally, let’s look at the record going back to the start of life on Earth.

In this timeframe, the monthly lags in the current record obviously disappear, as do the thousands of years disconnect in the historical ice core evidence. But again, where is the link? Huge variations over millions of years are seen. At the moment, Earth is in a colder period with long-term CO2 denudation. A little more of both might even be helpful.

Postscript: This article was fact-checked by a site called News Wise, which concluded it was “mostly false”. Chris Morrison has responded to that fact check here.

Funding of Promising Research into COVID-19 Treatment Withdrawn Without Explanation

Why Is Gasoline So Expensive? Lack of Refining Capacity