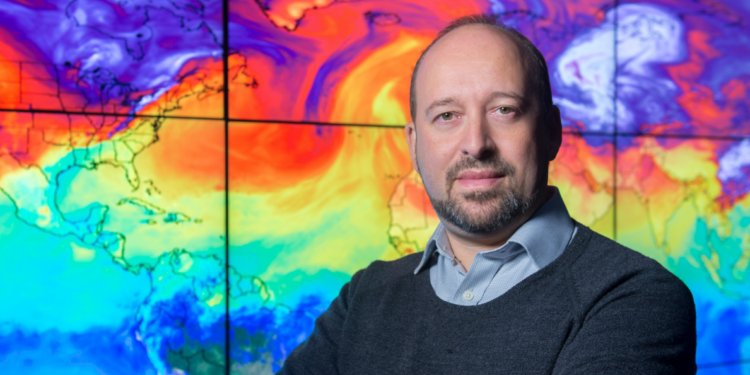 A group of scientists led by senior NASA climate adviser Gavin Schmidt has heavily criticised a recent Daily Sceptic article that presented new evidence from the results of meteorology balloons showing global temperatures had slowed over the last two decades. Writing in the Climate Feedback ‘fact-checking’ blog, the scientists note that the Daily Sceptic article claimed: “Global warming started to run out of steam over two decades ago… Half of the apparent global temperature increases from January 1910 to January 2000 is due to administrative adjustments.” The article is said to be “Inaccurate”.

The first part of the statement is a view held by many eminent scientists analysing data from accurate satellites. The second part of the claim is made by Professor Ole Humlum of the University of Oslo. The 50% adjustment refers to the figures produced by the NASA-connected GISS surface temperature dataset. The ‘fact check’ does not dispute the figure, but Schmidt dismisses the 90-year trend as “just a cherry pick”. Meteorologist Victor Venema from the University of Bonn complained that the term “administrative adjustments” was not used in science.

Our article was published on May 19th under the heading: “New evidence shows global warming has slowed dramatically over last 20 years”. We reported that in a major re-evaluation of 40 years of telemetric data from meteorology balloons rising through the troposphere, scientists confirmed that temperatures had mostly paused since around 1998. We linked to the original research, and published the following graphs, so that readers could take a view on our statement.

The graphs show the results for the northern hemisphere up to 70°N and the tropics. Most of the warming over the last 40 years occurred up to the late 1990s. The tropics, it was noted, had warmed less than the north, and in fact at 11 km it is difficult to discern any significant warming at all. We also reported that temperature pauses from 1998-2010, and a current one lasting 91 months, had been largely wiped from all major surface temperature datasets. Over the last decade, the U.K. Met Office has added 30% heating to recent figures in its HadCRUT record and depressed earlier measurements.

We also noted that all these ‘adjustments’ provided covering fire for journalists quoting ‘scientists say’, to claim continuing warming and provide ongoing support for the political Net Zero agenda.

The author of the balloon report, the Italian meteorologist Fabio Madonna, takes issue with our analysis. He notes that in his paper, “it is never mentioned that ‘temperatures have mostly paused since around 1998’”, although he accepts there was a slowdown in the northern hemisphere from that date. He argues that the results from the tropics at 300hPa (11 km) show a “significant warming after 2000… in line with the statement by the IPCC”.

Perish the thought that Madonna is cherry picking a low 2000 date after a very strong El Niño surge to make his point. In attempting to spot statistical trends, the longer period used the better – 90-years, for instance, is excellent – and I stand by my observation that there has not been much warming seen in this record for the tropics for over 40 years. The two pauses noted are clearly seen, and the fall from another very powerful El Niño oscillation in 2016 is noticeable. Venema at least spots the considerable powers your correspondent brings to analysing this data, noting that Chris Morrison’s “actual evidence” seems to be his “own research eye-ball estimate of warming”. Presumably covering himself in case it is proved the author’s eyesight is not faulty, he notes that Madonna’s evidence is “just one dataset of many”.

Most of the arguments deployed against the Daily Sceptic and other investigatory work are along the lines, ‘look at the surface datasets, be fearful of the future predictions made by models and read your IPCC bible’. GISS director Schmidt argues that temperature corrections are made to accommodate new stations and algorithms are updated. In fact, trying to arrive at a global surface temperature is the product of measurement, model computations, smoothing, proxy data and estimations. For that reason, the continuous and accurate satellite measurements are often seen as a better source of temperature data.

Of course, Schmidt is keen to support surface temperature databases, but he is also keen to promote the record of climate models. Writing in the Spectator last year, he noted that some might be wary of basing decision on models, especially given the problems in forecasting the Covid pandemic. But it was important to realise that most outcomes depend on the overall trend, he said, and not on the “fine details of any given model”. He went on to argue that the track record of models going back to the 1970s “shows they have skilfully predicted the trends of the past decades”.

“Skilfully predicted” is one way of describing the track record. Others are available. The above graph was produced by Professor Nicola Scafetta of the University of Naples. It plots 38 of the major models showing their predictions set against the thick green line of the satellite record. In his view, the models should be “dismissed and not used by policymakers”. Schmidt is understandably cautious about focusing on the “fine details” – this presumably being a reference to the fact that the models are never correct in their forecasts. In fact, we can see that the predictions started to go haywire 25 years ago, no doubt coincidentally just as the global warming fright started to gain political traction. No doubt again by coincidence, from around this time the major temperature datasets started to heat up their recent record, removing the slowdowns and pauses seen in the satellite data.

In 2013, Schmidt appeared on an American TV show with Dr. Roy Spencer, a fellow NASA scientist. Dr. Spencer compiles the widely-used University of Alabama in Huntsville (UAH) satellite data record. Schmidt refused to sit down in the same studio with Dr. Spencer and debate climate science. He suggested he did not need to be arguing with people “just to make good TV”. At 6.30 minutes he is invited to meet Dr. Spencer, but said he was not interested in staying.

The authors of the Climate Feedback ‘fact check’ are ungenerous to those who hold sceptical views and presume to argue from their own authority and that of the IPCC. The Daily Sceptic is said to be a website with “a history of publishing scientifically unfounded claims”: the Global Warming Policy Foundation, which published Professor Humlum’s work, is said by Venema to be an “anti-science think tank”, while Chris Morrison “presents” himself as a former financial journalist (it’s true, I should know, I was there).

Venema goes on to suggest that claims of “administrative adjustments” correspond to the “conspiracy theory” that an “open group of thousands of scientists from all over the world and numerous disciplines, are conspiring against humanity by pretending that the world warms more than it actually warms”. Who knows, but the common exam request, ‘Discuss’, springs to mind. Heaven forbid that any climate scientist would seek to ‘hide the decline’.

I concluded a recent article with the words of the distinguished atmospheric physicist Professor Richard Lindzen of MIT, who said the current climate narrative was “absurd”, yet it had universal acceptance. In a “normal world”, the counter-arguments would be compelling, he argued. I added: “Perhaps it is the trillions of dollars being diverted into every green project under the sun, and the relentless propaganda from grant-dependent academics and agenda-driven journalists, along with the political control offered to elite groups in society by Net Zero, that currently says it is not absurd.”

The Role of Genes in Determining Susceptibility to Infection