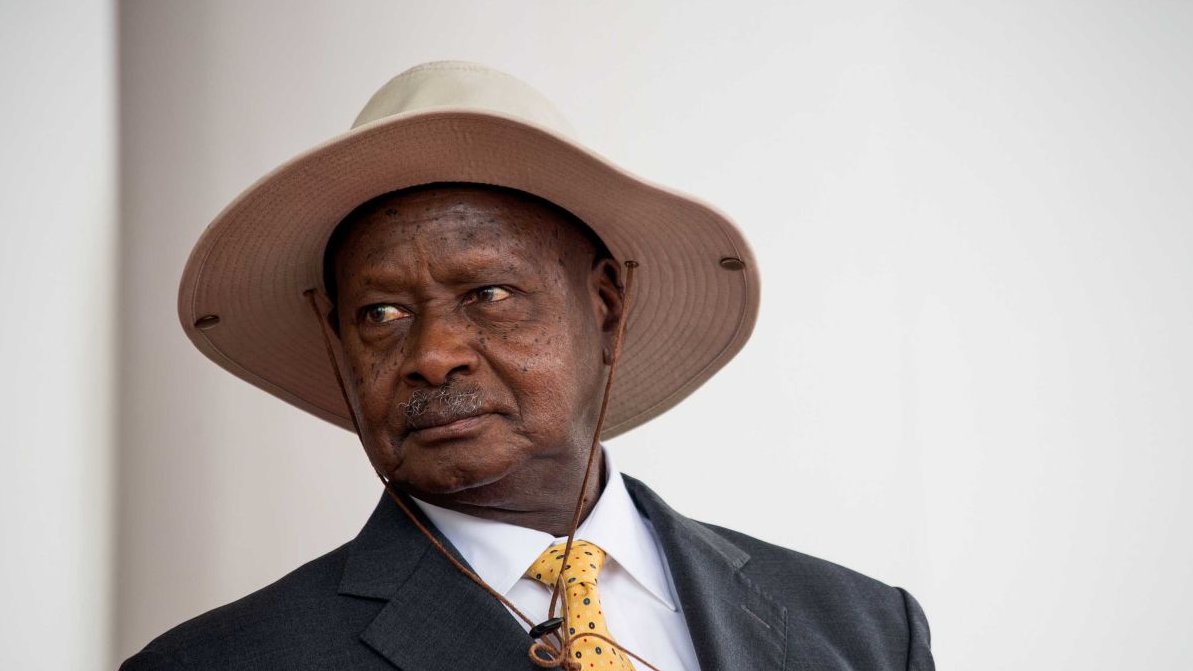 It was never going to work. Telling African countries to stop developing their economies by banning cheap, reliable fossil fuel is little more than an eco-imperialist dream. Writing in Monday’s Daily Telegraph, Uganda President Yoweri Museveni lauded the discovery of oil in Lake Albert, but noted it was a battleground for the green NGOs and activists who claim that Armageddon is nigh at every opportunity.

“We are accustomed to these lectures, but we are tired of hearing them,” he added.

For the last decade, the West through the IMF and the World Bank has imposed a moratorium on support for African fossil fuel development – initially coal and more recently oil and gas as well. Museveni notes that in Africa the population is set to double by 2050, “and it is becoming increasingly clear that our energy needs cannot be met with a sudden shift to more expensive and less reliable solar and wind alone”.

Rich Western eco elites, of course, argue that the world must rid itself of fossil fuel as soon as possible. They believe the world is facing climate breakdown, although as articles in the Daily Sceptic show on a regular basis, that belief is backed by surprisingly few scientific facts. These Western elites effectively seek a command-and-control economy based on Net Zero, and a neo-pagan return to ancient Gaia goddess worship that elevates nature as sacred and denigrates humanity as destructive of it.

It might all play better in Africa if so-called global warming could be detected.

Atmospheric warming over the last 40 years has been more pronounced over the northern hemisphere, despite regular scare stories appearing about equatorial regions becoming uninhabitable. The GISS temperature database is run by NASA, and as with similar datasets it has been subject to considerable recent modifications, with the past cooled and later results warmed. Without these retrospective data adjustments, global recorded warming ran out of steam nearly two decades ago. Nevertheless, the contrast between the north, painted in fiery red, and most of Africa is clear from the GISS map (above).

The Lake Albert project is going ahead following a $10bn investment from the China National Offshore Oil Corporation and Total Energies of France. It includes the building of a 900 mile pipeline to the port of Tanga. According to Real Clear Energy, the project will provide $48.5m in annual payments to Ugandan employees living in one of the least developed countries in the world. But opposition is fierce. Writing in the New York Times the local green agitator Vanessa Nakate of StopEACOP said the project would bring “poverty and destruction to the people of Africa”. It is claimed by her activist group that building the East African crude oil pipeline would tip the world closer to “full blown climate catastrophe”.

It is comments such as these which mostly surface in mainstream media, rather than those of the President of Uganda. It might also be thought that most Africans are less impressed with other solutions advanced in the West to solve any problems caused by growing populations. Sir David Attenborough is on record as stating humans are a plague on the Earth, and it was “barmy” to send food to Ethiopia to solve the famine crisis. In Attenborough’s view, sending flour bags to under-developed countries was pointless.

In public in the West, many  African politicians pay lip service to the aims of COP, not least because plenty of aid cash is on offer. Others take a more challenging and outspoken view. N.J. Ayuk is the Executive Chairman of the African Energy Chamber and he recently called the idea that you could develop Africa with handouts, “preposterous and sickening”.

He continued: “You cannot take people of any colour and exempt them from the requirements of civilisation – including work, free markets, behavioural standards, personal responsibility, fossil fuels, financial literacy and all the other basic things that the clever intelligentsia disdain – without ruinous consequences to them and society at large.”

In his view, no country has ever been developed by fancy wind and green hydrogen. Africans see oil and gas as a path to success and a solution to their problems. “The demonisation of oil and gas companies will not work,” he added.

Writing in 2015, the former Chancellor of the Exchequer Nigel Lawson commented that something deep inside the human psyche makes it receptive to apocalyptic warnings. By a cruel irony, he said, too many climate scientists and their hangers-on have become the high priests of a new age of unreason. Asking developing countries to abandon the cheapest available sources of energy is, at the very least, asking them to delay the conquest of malnutrition, to perpetuate the incidence of preventable diseases and to increase the number of premature deaths.

“Global warming orthodoxy is not merely irrational. It is wicked,” he concluded.

As Vaccine Demand Collapses, U.K. Faces £4 Billion of Waste With 80% of its 650 Million Dose Stockpile Unused