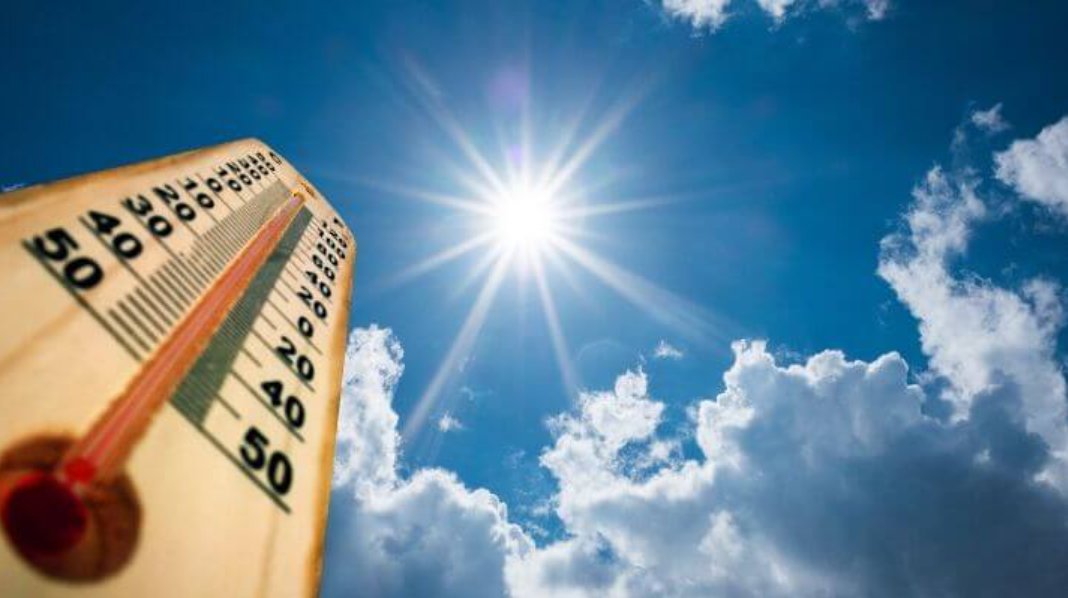 A few warm days in June and the BBC slips seamlessly into full weather catastrophisation mode. “Is the U.K. getting hotter?” it asks. “Experts have said it’s rare to see temperatures this high at this point in June.” Back on terra firma, at 50°N, it is debatable whether the U.K. is currently getting hotter, and while 30°C in June might not be an every-year occurrence, it is hardly rare.

Surface temperature measurements plotted by the Met Office confirm my often stated observation that recent warming seen in the U.K. and the northern hemisphere has run out of steam. BBC science reporter Georgina Rannard writes that over the last three decades “the U.K. has become 0.9°C warmer”. Looking at the graph above, it can be seen that most of this warming occurred in the 1990s. She might have more informatively noted that in the last 22 years, the U.K. temperature has risen by 0.2°C. Clinging to 1990s data to boost suggestions of current warming is widespread across the BBC. In Scotland, the recent temperature record is even flatter than the U.K. as a whole, but last March Professor Dame Julia King, a member of the Government-sponsored Climate Change Committee, told the BBC that temperatures had risen by 0.5°C over the last 30 years.

The Met Office publishes mean U.K. temperature readings regularly. I have been looking at them for a few years and they do not appear to have been adjusted or changed. They show that the 2010s were colder at 9.17°C than the preceding 2000s, when the overall average was higher at 9.31°C. This is in marked contrast to the Met Office global temperature dataset HadCRUT, where we have seen two major human-adjusted uplifts during the last decade, producing around 30% of extra heating. In addition, some historical records have been lowered. All the major global temperature datasets have made similar adjustments. As a result, their upward trend lines do not align with many measurements made by satellites and meteorological balloons. These records are out of line with local recordings showing obvious temperature slowing, as we can see in the U.K.

Rennard goes on to note that the summer of 2018 was the UK’s second warmest, shared with 1995. Not according to the Met Office figures it wasn’t. 2018 was 15.76°C, whereas 1995 only came in at 15.62°C. However, it is a fairly meaningless difference. If one takes the tiny change between the two as within the margin of error, we find that two further summers since then were just as hot. It might be more accurate to just say that the U.K. has the occasional nice summer. In fact, the Met Office U.K. database itself may be overstating actual warming, since the explosion in urban development since the second world war has boosted urban heat generation. The Met Office often quotes the temperature at Heathrow airport – sometimes, even, with a straight face.

No BBC weather story is complete without constant reference to other material asking, ”Are soaring temperatures linked to climate change?”, and stating the “U.K. is already undergoing disruptive climate change.” Rennard notes a report on “climate extremes” in the U.K. that found recent years “have seen both higher maximum temperatures and longer warm spells”.

It all depends how you define recent years. There is hardly what one could call a significant recent trend towards “higher maximum temperatures”. Over the last 20 years, all the average highs were below the record set in 1976. But according to the BBC, the trend towards higher maximums is predicted to continue. “It is possible that by 2100, the U.K. could see 40°C days every three to four years.”

The last few days were hot in Britain. It was a brief warm spell driven by natural forces, namely hot air being driven up from the south. The BBC says experts note that it is rare to see temperatures this high in June. But a couple of hot days hardly proves that human-caused climate change is responsible. Let’s look at the record for June and try to observe a trend towards hotter days.

If you are trying to promote climate Armageddon, it might not be a good idea to publish a graph showing that the average June maximum temperature recordings in the U.K. were similar to those observed 150 years ago. The world has warmed by around 1°C since the start of the industrial revolution and the emergence from the preceding so-called little ice age. This would appear to explain the small 0.2°C increase in the June trend line from about 1890.

WHO Chief Privately Believes Covid Did Leak From Wuhan Lab, In Spite of Dismissing Lab Leak Hyphothesis as a ‘Conspiracy Theory’

“Calling All Superhero Kids”: The Unethical Targeting of Young Children by the NHS with COVID-19 Vaccine Adverts