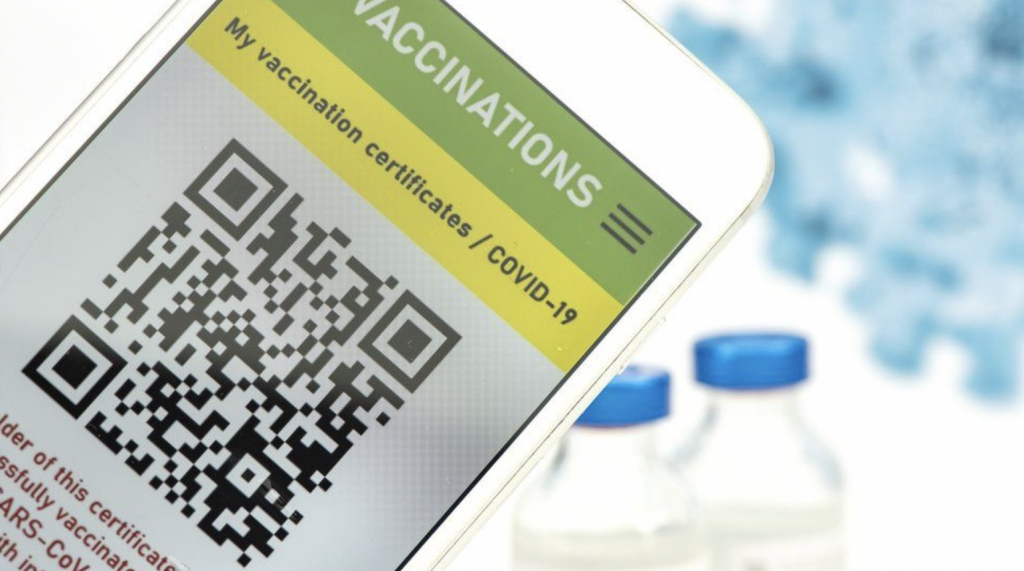 The NHS mobile app, through which people currently book GP appointments, will be used as a Covid vaccine passport when international travel returns. The date of return remains uncertain: Transport Secretary Grant Shapps said we must “wait and see” if May 17th continues to be viable. The Guardian has the story.

International travellers will be asked to demonstrate their Covid vaccination and testing status using the NHS smartphone app, the U.K. Government has confirmed, as the Transport Secretary promised to release a list of possible holiday destinations within a fortnight.

Grant Shapps said work had started on developing the app many people use to book appointments with their GPs so that it can show whether they have been vaccinated and tested for the virus.

But he was coy about when people would be able to start travelling abroad for holidays in interviews on Wednesday morning, saying the public would have to “wait and see” when they could go to some of the most popular foreign holiday destinations.

“Spain specifically, I’m afraid I just don’t have the answer to that because the Joint Biosecurity Centre will need to come up with their assessment and we can’t do that until a bit nearer the time,” he told Times Radio.

Speaking to Sky News, Shapps said he would be able to announce within a fortnight which countries people would be able to visit without needing to quarantine when they returned and added that domestic coronavirus statistics were on track for the Government to enable the resumption of foreign holidays next month.

“I have to say that so far the data does continue to look good from a U.K. perspective, notwithstanding those concerns about where people might be travelling to and making sure we’re protected from the disease being reimported.”

He added: “We do need to make sure that we do this very, very carefully… But, in the next couple of weeks, I’ll come back on and I’ll be able to tell you about which countries will have made it into the traffic light system – and that green list in particular.”

He said the green list would include the “countries where you’ll be able to go to, without needing to quarantine on your return, you will still need to take a pre-departure test, and one test on your return”.

Further doubt was cast on our ability to resume travel on May 17th last week when it was reported that the Foreign Office could refuse to sanction travel to countries on the Government’s “green” and “amber” lists since its travel advice is published independently of the “traffic light” system.

Now that Chile is settling down a bit, the latest Covid cautionary tale is India, which never seems to be out of the news at the moment as its positive cases and deaths have rocketed in the past few weeks.

Even the usually level-headed Kate Andrews in the Spectator has been painting the situation in lurid colours.

As it happened, the UK’s worst nightmares were never realised. The Nightingale hospitals built to increase capacity were barely used. But what the British Government feared most is now taking place elsewhere. India is suffering an exponential growth in infections, with more than 349,000 cases reported yesterday, as well as nearly 3,000 deaths. Hospitals are running out of oxygen for patients and wards are overflowing. There are reports of long queues as the sick wait to be seen by medical professionals. It’s expected the situation will deteriorate further before it gets better.

Jo Nash, who lived in India until recently and still has many contacts out there, has written a very good piece for Left Lockdown Sceptics putting the current figures in context – something no mainstream outlet seems to have any interest in doing.

Jo makes the crucial point that we need to keep in mind the massive difference in scale between India and the UK. At 1.4 billion people, India is more than 20 times larger than the UK, so to compare Covid figures fairly we must divide India’s by 20. So 2,000 deaths a day is equivalent to a UK toll of 100. India’s current official total Covid deaths of approaching 200,000 is equivalent to just 10,000 in the UK.

In a country the size of India and with the huge number of health challenges faced by the population, the number of Covid deaths needs to be kept in perspective. As Sanjeev Sabhlock observes in the Times of India, 27,000 people die everyday in India. This includes 2,000 from diarrhoea and 1,200 from TB (vaccinations for which have been disrupted by the pandemic). The lack of adequate hospital provision for Covid patients may be more a reflection of the state of the health service than the severity of the disease.

Delhi, the focus of the media’s messaging, and the source of many of the media’s horrifying scenes of suffering, has the most toxic air in the world which often leads to the city having to close down due to the widespread effects on respiratory health…

Respiratory diseases including COPD, TB, and respiratory tract infections like bronchitis leading to pneumonia are always among the top ten killers in India. These conditions are severely aggravated by air pollution and often require oxygen which can be in short supply during air pollution crises…

According to my contacts on the ground, people in Delhi are suffering from untreated respiratory and lung conditions that are now becoming serious. I’ve also had breathing problems there when perfectly healthy and started to mask up to keep the particulate matter out of my lungs. I used to suffer from serious chest infections twice yearly during the big changes in weather in India, usually November/December and April/May. When I reluctantly masked up that stopped. My contacts have reported that the usual seasonal bronchial infections have not been properly treated by doctors afraid of getting Covid, and people’s avoidance of government hospitals due to fear of getting Covid. Undoubtedly, these fears will have been fuelled by the media’s alarmist coverage of the situation. Consequently, the lack of early intervention means many respiratory conditions have developed life-threatening complications. Also, people from surrounding rural areas often travel to Delhi for treatment as it has the best healthcare facilities and people can go there for a few rupees by train. This puts pressure on Delhi’s healthcare system during respiratory virus seasons.

Positive cases look like they may be peaking in many regions now.

The Truth About the Covid ‘Crisis’ in IndiaRead More 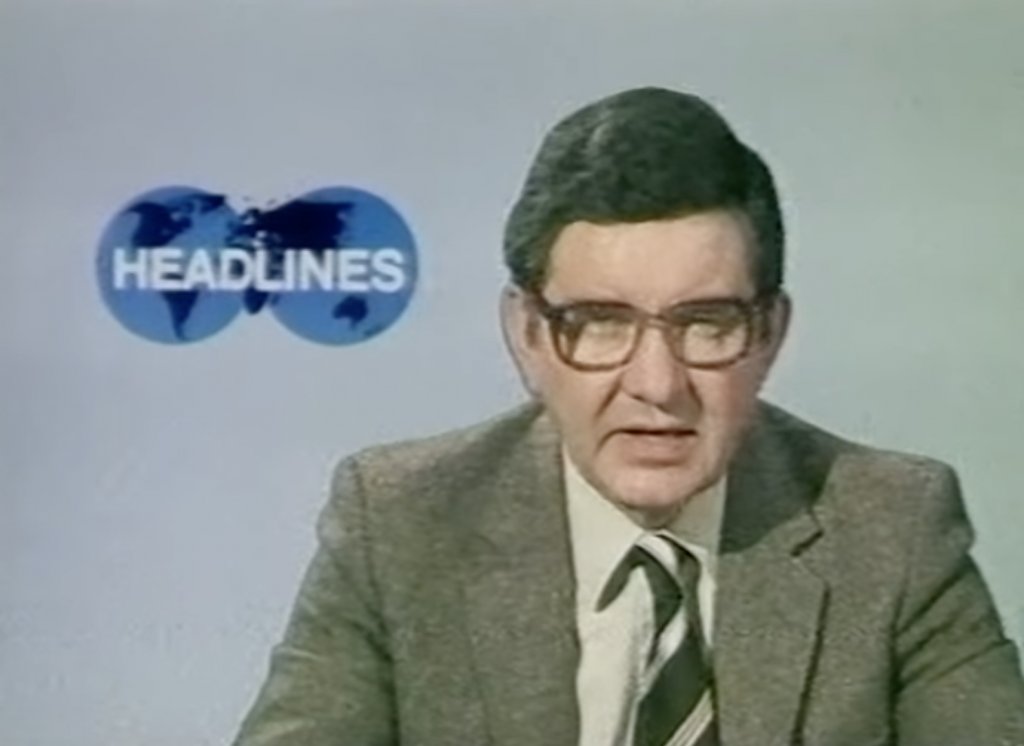 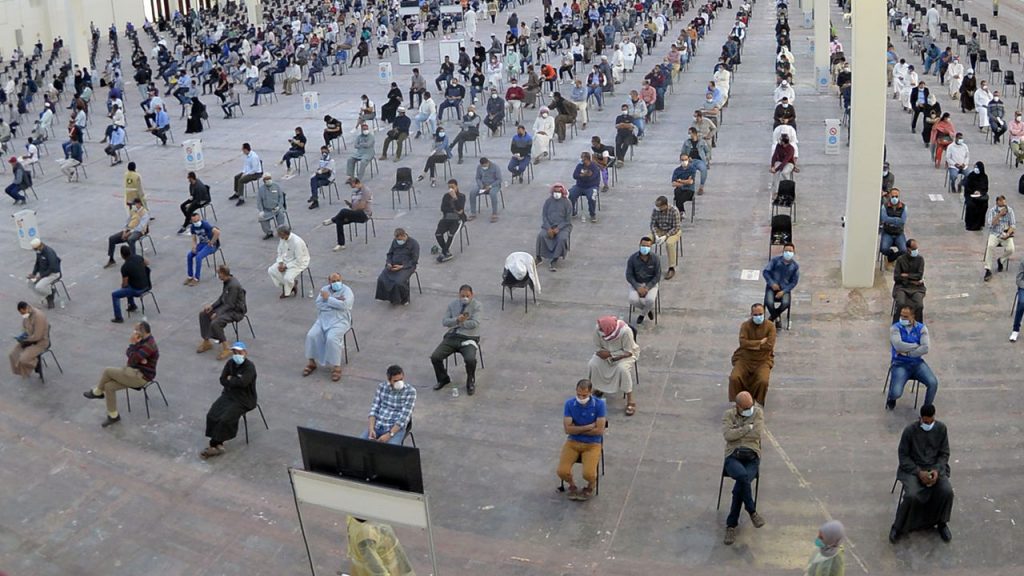 A new study published this week adds to the evidence that social distancing rules like the two-metre, one-metre-plus and six-foot rules offer no additional protection against COVID-19.

Professors Martin Bazant and John Bush from the Massachusetts Institute of Technology use mathematical modelling to show that the risk of catching the virus is unaffected by keeping your distance from infected people when in the same room because of the way the virus spreads via aerosols in the air.

Prof Bazant told CNBC that the six-foot rule “really has no physical basis because the air a person is breathing while wearing a mask tends to rise and comes down elsewhere in the room so you’re more exposed to the average background than you are to a person at a distance”.

While distancing offers some protection against larger droplets, it offers none against aerosols, which are a very common mode of transmission.

The peer-reviewed study, published in the Proceedings of the National Academy of Sciences of the USA, uses a model to calculate indoor exposure risk based on time spent inside, air filtration and circulation, immunisations, respiratory activity, variants and mask use. Their conclusion is that it’s not social distancing that reduces risk but primarily the amount of time people spend in an enclosed space. The authors advise in the paper:

To minimise risk of infection, one should avoid spending extended periods in highly populated areas. One is safer in rooms with large volume and high ventilation rates. One is at greater risk in rooms where people are exerting themselves in such a way as to increase their respiration rate and pathogen output, for example, by exercising, singing, or shouting.

Prof Bazant explains in his CNBC interview that this means many venues that have been closed can reopen at full capacity without increasing exposure risk.

What our analysis continues to show is that many spaces that have been shut down in fact don’t need to be. Often times the space is large enough, the ventilation is good enough, the amount of time people spend together is such that those spaces can be safely operated even at full capacity and the scientific support for reduced capacity in those spaces is really not very good. I think if you run the numbers, even right now for many types of spaces you’d find that there is not a need for occupancy restrictions.

The authors suggest that instead of an exposed person being defined as someone who has been within six feet of an infected person for more than 15 minutes (as per the current CDC definition), whole rooms should be considered to be exposed depending on whether or not they exceed their cumulative exposure time (CET) with the infected person.

This does seem to be a more scientifically credible definition of exposure, but it also invites the possibility of yet more public health tyranny. And indeed, the authors propose regular mass testing at a frequency regulated by the CET for the space in question – and they’ve helpfully provided an app to enable us to calculate that. They explain:

For a group sharing an indoor space intermittently, for example, office coworkers or classmates, regular testing should be done with a frequency that ensures that the CET between tests is less than the limit set by the guideline.

It’s worth stressing, then, that this is very much a model, not a study of real world transmission data and patterns, so is highly dependent on the assumptions and parameters that go into it. Some of those assumptions are more sound than others.

The assumptions relating to masks, for instance, are highly dubious.

The model tells you that if a restaurant with 50 people in it includes one infected person then people should spend less than 40 minutes there to avoid being infected. But if they are all wearing masks then this would be 28 hours! How does it arrive at that incredible difference?